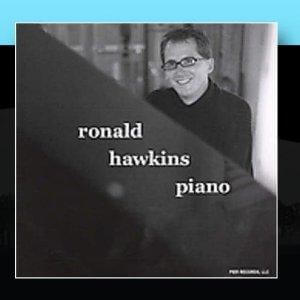 In the best of all possible worlds of piano music, there would be a brilliant, internationally-renowned concert pianist, whose deft fingers have delighted audiences from New York to Moscow and in a dozen countries in between; who has acquired a slew of international awards and honors; and who has a personal charm, charisma and perhaps, most importantly, a sense of humor, which allows him to consistently connect and interact with his audiences. From Bach to Pink Floyd, crossing over genres from classical, jazz, pop/rock, musical, and the list could keep going.
This best of all possible worlds is here…and his name is Ronald Hawkins. Hailed in the press as “great depth of poetry, understanding and excitement,” the American-born pianist—who has performed at major cities throughout the world. He began his studies at the age of sixteen and was performing in concert within eighteen months.

During and after his studies at the Shenandoah Conservatory, he rose to international prominence performing solo concerts around the globe. Ronald received the prestigious 2007 Young Career Award for his continued achievements in music. Other awards and honors include: the Richard Ford Foundation Deeper Piano Studies Grant, the Hartt School Faculty Development Grant, the Rose Hanus Full Scholarship, the Sullivan Grant, Who’s Who Among American Universities and Colleges, the Marion Park Lewis Foundation for the Arts Endowment, the Cecil Hefner Scholarship, the Shenandoah Conservatory Keyboard Scholarship, the Greer Young Artist Scholarship, the Greer Music Club Scholarship and honors in piano and composition at Brevard Summer Music Camp. In February 2002, Web Concert Hall named him Artist of the Month.

Ronald has always expressed a passion for expanding the accessibility of classical music to American audiences. He takes his music, but not himself, very seriously. Ronald talks about the impetus for his new concerts: “I felt that after my strictly classical recitals, I was questioning if I had more to offer to my audiences. It was clear that they loved classical music but I felt there was more I wanted to do. I want to present an evening with more variety of musical styles. I want to keep my audience always guessing what will come next. I like to relax the atmosphere of the concert,” says Ronald. “Because, you know, the concert is a very formal thing. I like people in general. I like to talk to them. And when you have friendly atmosphere, when you explain what they’re going to hear, it’s much better, it’s much easier.”

Ronald has performed in modern and historic venues throughout North America and Europe. His recent appearances include Carnegie Hall, The Lyceum, Tchaikovsky Great Hall, and St. Martins-in-the-Fields. His artistic poetry, virtuosity, and passionate interpretations have received critical praise. Ronald’s discography as of date includes 10 solo recordings, and featured on two PBS mini-series and A&E television.