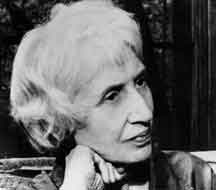 Lillian E Smith Center
The Lillian E Smith Center preserves the home, office and library of Lillian Eugenia Smith (1897 – 1966).  Now considered by many the foremost white southern liberal writer of the mid-twentieth century, Lillian Smith devoted her life to social and economic reform.  For 25 years, 1925 – 1948, Lillian Smith ran the Laurel Falls Girls Camp on Screamer Mountain in Clayton, GA.  From the camp she wrote and taught critical thinking about why white supremacy and legalized racial segregation took root in southern culture and resisted change in a nation built on democratic laws and values.  She also examined and questioned the role of women in Southern culture.  From extensive travels and meetings throughout the south, she formed ideals for change.  Her books, Strange Fruit and Killers of the Dream, reflected her thinking and her teaching.  She influenced and corresponded with many leaders for social change, from Eleanor Roosevelt to Martin Luther King.  Today the Center is owned and operated by Piedmont College.